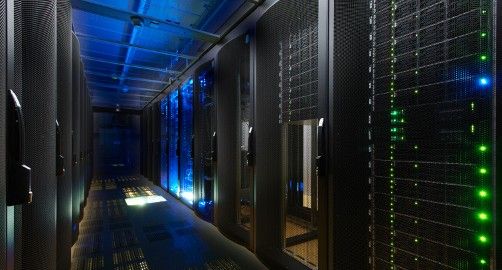 Kaiserslautern has developed into an important IT location – the Pfalz region has even been dubbed “Silicon Woods” and has become home to numerous innovative companies. These companies also have the option of outsourcing their IT infrastructure to the data centre run by Demando GmbH. In two separate data centres, the company hosts both its own applications and those of other local authority establishments.

“Without Rittal acting as general contractor, it would have been impossible to implement the project within such a short space of time.”
Berthold Willig, Demando GmbH

A cutting-edge data centre was built that also uses up to 100 percent renewable energy. The contract for the project went to Rittal.

Once the two existing data centres had reached their power supply and climate control limits, a new building was needed In order to meet growing customer demands and comply with new legislation, a new data centre had to be built – and in just six months. Rittal was able to meet the ambitious schedule.

As well as security and high availability, the Rittal concept also focused on high levels of energy efficiency. With a power usage effectiveness (PuE) of less than 1.3, the data centre boasts one of the best ratings in Europe compared with other data centres. This saves between 30,000 and 40,000 Euros per annum in energy costs.

The IT security room in the data centre is ECB-S-certified, and offers capacity for future expansion thanks to its modular design. Moreover, the redundant design for data storage, power supply and Internet connection ensures a high level of reliability. It is operated and monitored almost entirely remotely. What’s more, the access doors can be opened by each employee individually via a SmartCard and PIN or fingerprint.