Prosegur: €80,000 off the annual energy bill thanks to Rittal cooling solution 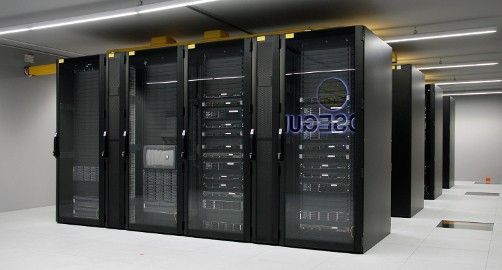 When your business is the collection and delivery of cash and other valuables, you need a dependable data centre: The entire transport logistics, order processing, pool management of the cash stocks and GPS vehicle tracking are just a few of the 50 different special applications which run at the Prosegur data centre.

“For the new data centre, we wanted to use only the highest-quality technologies, and we consequently chose Rittal as our equipment supplier.”
Marco Matzke, director of IT at Prosegur GmbH.

To ensure that the IT experts and their servers keep their cool at all times, particular importance is attached to state-of-the-art cooling systems for the IT infrastructure. When it came to installation of their energy-efficient solution, however, the system planners from Rittal were faced with a particular challenge, because local circumstances prevented the use of free cooling in the normal way. The erection of a new energy-efficient data centre is expected to save the company up to €80,000 in electricity costs per year.

For Prosegur, the move to new company premises was an opportunity to set up a new IT environment based on state-of-the-art infrastructure components. The topics placed at the top of the modernisation agenda were system availability and operational reliability, as well as the best possible energy efficiency.

The new data centre houses all the critical network components, more than 50 physical and around 50 virtual servers in twelve Rittal TS IT server racks. Rittal managed the climate control systems, the monitoring systems as well as the fire alarm and extinguishing systems. It also elaborated the technical planning and handled the technical implementation of the climate control systems and electrical cabling.

Indirect free cooling inside the building

The planners had to dig deep into their box of tricks to realise the envisaged climate control, because the owner of the building refused to allow a free cooler to be placed either on the roof or in the inside courtyard. In the end, an area which was previously used for waste bins was rededicated for the free cooling. The unusual challenge arose from the fact that this area was under a closed roof. The room thus had be designed such that the free coolers were able to draw in enough cold air.

The result is certainly impressive: For 2014, the IT department reported an exceptionally low energy efficiency ratio of 1.194 (PUE: Power Usage Effectiveness). Most IT experts already consider a PUE value of 1.4 to be an excellent achievement.

Cooling is a central aspect of the security concept – but fire protection is no less important. To eliminate the risk of a major fire, Prosegur opted for Rittal's DET-AC fire alarm and extinguishing system. This product family combines an early fire detection function with an active extinguisher system. The solution is suitable for use in enclosed server racks and is incorporated into the IT enclosure as a 19" module.