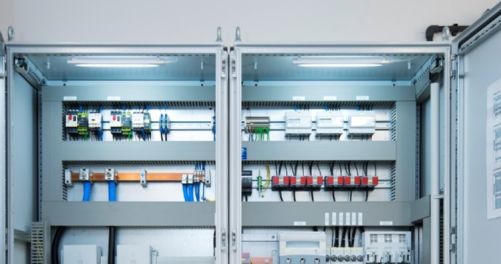 Pöttinger, a manufacturer of farming equipment based in Grieskirchen, Austria, decided to construct a new data centre within the scope of a larger project to improve energy efficiency. The enterprise entrusted the task to Rittal, which implemented a free-cooling solution – enabling Pöttinger to enjoy greener IT.

“We had worked closely with the facilities management team for a number of years on ways to reduce power consumption in the server room. We have definitely made great progress within the scope of this project.” Gerhard Wagner, head of IT at Pöttinger

Pöttinger, a family-owned company in northern Austria, has manufactured tilling, sowing, haymaking and harvesting machinery for over 140 years. In 2013, the company launched a large-scale project entitled Arbeitswelt 2015 (World of Work 2015), to increase production capacity and to refurbish and expand offices in Grieskirchen. The project also entailed major changes in the IT department.

“Pöttinger did not have significant expertise in the construction of data centres,” explains Benedikt Hartl, head of IT systems administration at Pöttinger. So they were looking for a partner able to assume overall responsibility and provide a one-stop solution. These criteria led to Rittal, with its wealth of knowledge and experience in designing and building data centres.

Free cooling is ideal in the Alps

One particular element of Rittal’s proposal stood out: free cooling. Rittal suggested installing the chillers outdoors to harness the ambient air of the Alpine environment to lower the temperature of the cooling medium in the Rittal LCPs. The average annual temperature in Grieskirchen is approximately 9°C, making this solution the most energy-efficient option. In fact, Pöttinger can take advantage of free cooling for around half the calendar year.

No disruption to ongoing operations

The new 40-m2 data centre was completed in just eight months, and is adjacent to Pöttinger’s Grieskirchen production plant. Since March 2015, it has housed seven server enclosures, five LCPs, a three-phase UPS system, and a battery enclosure – all from Rittal. This phase took six weeks to complete, including the raised floors and installation of racks, power distribution units, etc.; replacing all the IT components took four weeks. “Most tasks were performed during ongoing operations. Thanks to component redundancy, we were able to avoid significant downtime – the only full-scale planned outage was a single Sunday morning,” reports Wagner.

Racks and rooms in the new data centre are monitored by the Rittal Computer Multi Control System (CMC). Leak detectors in the raised floor and dropped ceiling, and temperature and humidity sensors play a key role. To ensure the free-cooling system operates reliably, the outside temperature is also monitored.

The new energy-efficient data centre delivers average savings of approximately €20,000 annually – in other words, it contributes both to ecological sustainability and business sustainability. Furthermore, the cooling solution has already passed its first real-world test. “The summer of 2015 was extremely hot, but we didn’t have any problems – the impact was negligible compared to the old set-up,” state Wagner and Hartl.