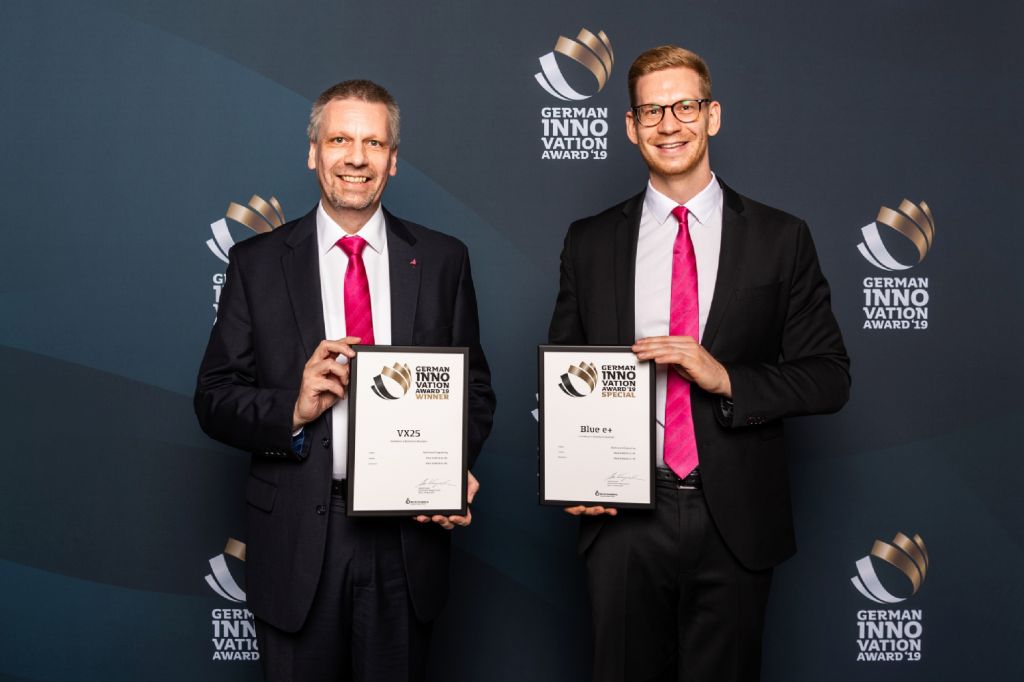 Fit for Industry 4.0 and award-winning: With the VX25, Rittal has launched the first enclosure system specifically designed to boost productivity in panel building and switchgear manufacturing and in Industry 4.0 value chains.

With the German Innovation Award, the German Design Council (set up by Germany’s Parliament, the Bundestag) honours pioneering innovations that are having a lasting impact and offering users added value. Nearly 700 international submissions were received. The winners were chosen by a world-class jury of physicists, patent consultants, computer scientists, financing specialists, product designers, technology historians and marketeers.

“User-centricity represents the key to the evaluation of the innovations submitted. It is the distinguishing feature of the German Innovation Award,” explained Andrej Kupetz, the German Design Council's General Manager. “It is particularly successful when future users are involved in product and design development at an early stage.”

“We are delighted that such a renowned institution as the German Design Council has honoured the innovative power of our own VX25 with this award. Specifically, the main focus of the jury on user centricity coincides precisely with Rittal’s approach to product development. The success of the system, the feedback from our customers and honours such as this award also prove that we are on the right track”, added Dr Thomas Steffen, Managing Director Research and Development at Rittal.

The VX25 offers the highest possible quality and consistency of data, reduced complexity and savings in time, as well as safe assembly. More than 25 registered property rights demonstrate the high level of innovation involved.

“The launch of the award-winning large enclosure system was a milestone that was then followed with the brand new AX.KX compact and small enclosure series. With the Blue e+ cooling unit range that had previously been presented, our core product portfolio has now been updated and is fit for Industry 4.0. Together with our sister company Eplan, we are thinking deeply about the entire value chain of panel building and switchgear manufacturing and we are supporting our customers with optimisation and digitalisation”, Dr Steffen concluded.

The Blue e+ cooling unit series was also nominated for the award in the same category as the VX25. It was given a “Special Mention” at the awards ceremony. Blue e+ has been the most efficient commercially available industrial cooling system since 2015. It works with a new combination of heat pipe and compressor. Application data shows average energy savings of 75 percent compared to conventional systems. The lower temperature deviations within the enclosure increase the service life of the components installed. The IoT interface is predestined for a variety of Industry 4.0 applications, up to and including predictive maintenance.

The organiser: the German Design Council

The German Design Council (Rat für Formgebung) was established on the initiative of the German Bundestag (the German parliament) in 1953 and promoted by the Federation of German Industries (BDI). For 66 years now, the foundation has been pursuing the goal of promoting the competitiveness of German companies. The German Design Council, with its competitions, exhibitions, conferences, seminars and publications, is making a decisive contribution to the dissemination of knowledge about design, innovation and brands. More than 300 German and foreign companies currently belong to the circle of patrons.