Into the monastery – for progress 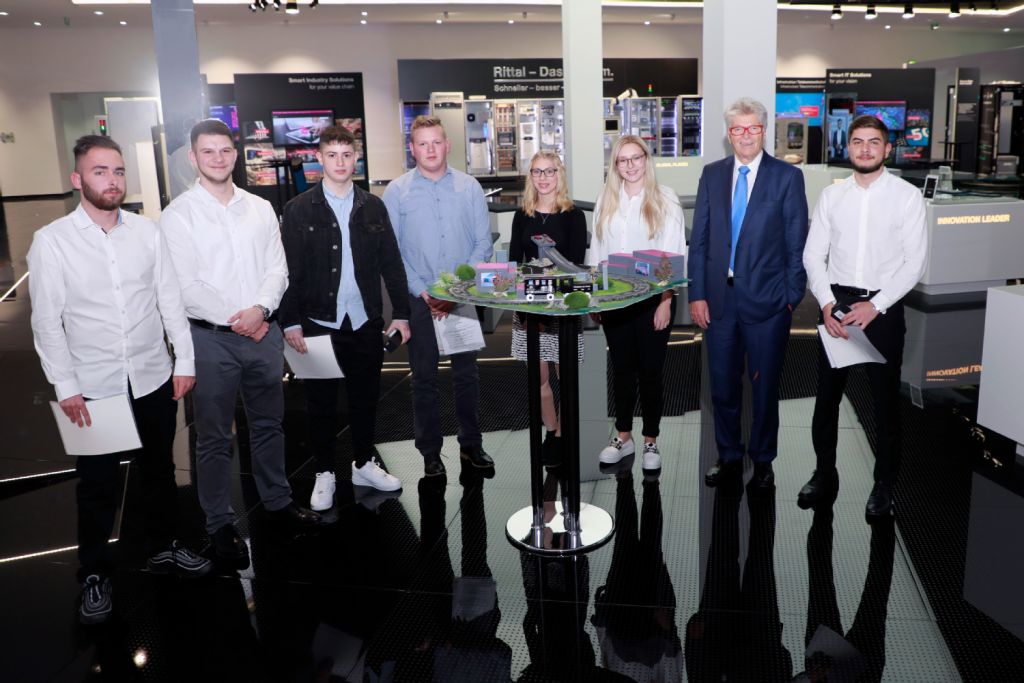 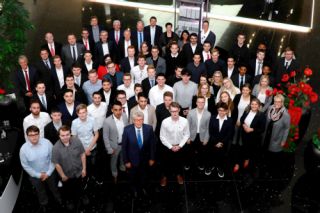 2019-11-15. “Stagnation means decline and I won’t have it!” That was the motto of this year’s "Trainee Days" event for Friedhelm Loh Group apprentices, held at the Gnadenthal monastery. The future was the issue under discussion at a town steeped in tradition near Bad Camberg. Trainees asked themselves how can they can continue to develop – personally, technically and professionally? The time spent in the monastery represented the green light for several months of project work in teams. The results were then presented to a jury of top management. Prof. Friedhelm Loh awarded the prizes to the winners.

“What will the world look like in the future? Who would you want to be in this world?” with these essential questions, Prof. Loh opened his speech for the young trainees attending the closing event. The Owner and CEO of the Friedhelm Loh Group stressed the great chance that the trainees had to shape their own future. “We are living in times of ever faster change. You have options like nobody has had before.” However, rapid change also meant that: “Nowadays, people who stand still will be overtaken more quickly than at any time in the past.” His advice was “Don’t be satisfied with what you have achieved so far. Keep up your interest in new things and stay on the ball until new ideas succeed, even if they first meet with resistance. That’s the key to a happy future.”

The around 60 trainees interpreted the topic of the workshop during the two-day workshop in July 2019 and in regular project work during the months that followed. They developed their strategies to remain active. Now the results have been presented to a jury of top management. “We are proud of the high quality and the variety of the presentations. It was particularly difficult to decide on the winners this year,” said Tina Pfeiffer-Busch, who coordinates training within the Friedhelm Loh Group.

The “Train of Progress” arrived in first place

The jury was particularly impressed by Nikolaos Faitas, Yassine Kovarszki, Marian Kring, Alina Mühlich, Tanja Rüffler, Alexander Widmann and Furkan Vasi. In their lively presentation and with their self-made “Train of Progress” exhibit, they showed that they were not only able to learn as individuals. Their presentation also dealt with the subject of how companies could promote staff development and how employees interact to boost the company's innovative strength. As an example, they considered the innovations in Rittal’s development from an enclosure manufacturer to a provider of solutions for a completely digitally integrated customer value chain.

The victorious team won a three-day city tour of Leipzig, Jena and Weimar, including a visit to the Porsche plant. The second place went to Jens Attenberger, Jana Becker, Benjamin Dolheimer, Jonas Nickel, Aziz Pllana, Björn Schmidt and Surafel Tebarek Teklehaimanot. They will be travelling to Munich for two days to visit the BMW factory and the Bavaria film studios. The third place went to Tim Oafer, Theresa Lehmler, Aziz-Ali Meral, Galen Alexander Minning, Elias Ritter and Adel Mesgna Teshale. Their reward is a day trip with a tour of the Opel factory.

The demand for ever faster personnel development applies both to every individual in their private and professional lives as well as to entire companies, Professor Loh told them: “Learn that learning never stops. Learn that learning is fun.” The foundation for learning was a hunger for information. Professor Loh’s own personal recipe for cultivating this interest – “Read the newspaper. Take an interest in the issues that are not in the headlines – and especially topics that you’ve never heard of before.”

The “future as tradition”

The Friedhelm Loh Group has been inviting second year trainees to the former Gnadenthal monastery near Bad Camberg every summer since 2003. In the months that follow, they work in teams to develop a project presentation based on their ideas. “This project is about bringing young people into contact with issues that will enrich their lives,” said Professor Loh, explaining the idea behind it. “As the largest employer in the region, we consider it our responsibility to not only provide young people with professional training, but also to give them concepts of how they can discover their own personal role in the quest for a fulfilled and successful life in increasingly dynamic times.”