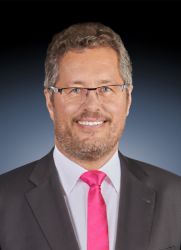 Born in Gissigheim, Germany in 1956. Studied metallurgy and was awarded a doctorate in this field at the University of Clausthal. Later: Advanced Management Program at Harvard University in Boston, USA.