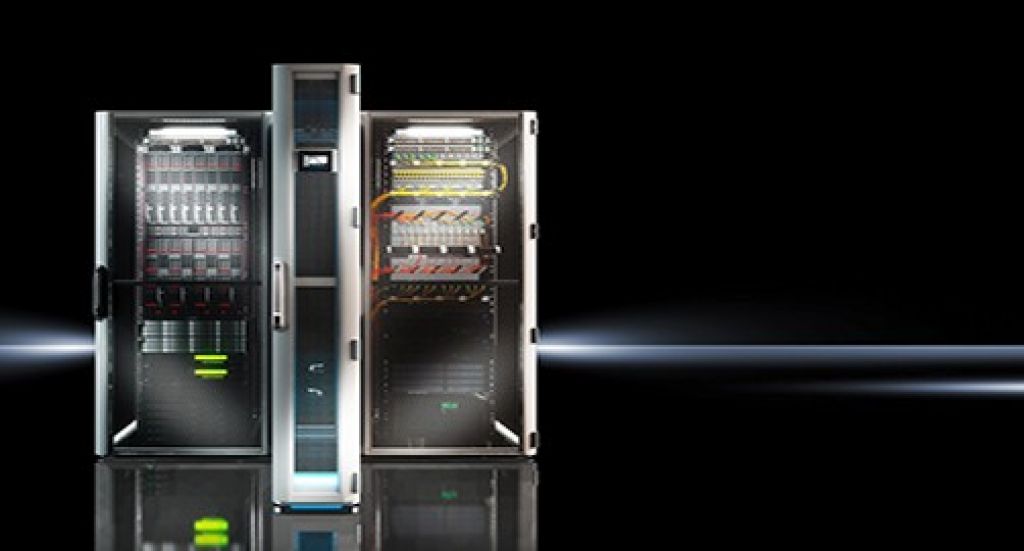 2020-07-21. For an outsider, the term “IT” conjures up images of cavernous futuristic facilities, myriads of twinkling LEDs, and technologies at the "bleeding edge" of the latest developments, being implemented at a blistering pace in response to the demands of our “connected life”. Don’t get me wrong, there are facilities like this; but if you look closer to home, most installations are operating on technology that has been in place for years, and in my opinion this is not always effective.

For an outsider, the term “IT” conjures up images of cavernous futuristic facilities, myriads of twinkling LEDs, and technologies at the "bleeding edge" of the latest developments, being implemented at a blistering pace in response to the demands of our “connected life”.

Don’t get me wrong, there are facilities like this; but if you look closer to home, most installations are operating on technology that has been in place for years, and in my opinion this is not always effective.

Computer Room Air Conditioning Units are the mainstay of the ‘White Space’, supplying the cavity below the raised floor with cold air, which is then directed up to the equipment via perforated floor tiles in front of the racks.

For today’s IT professional, there are some possible downsides:

Upheaval of the business

First, you must have the right location, and employ a professional installer to fit the raised floor. Many small and medium businesses don’t have the funds, space or management backing to make large office moves or extensions a reality.

A CRAC unit requires planning and pre-work to be a success. Businesses are becoming increasingly dependent on agile solutions to meet their ever-changing needs, and CRACs don’t fit the bill.

As the air is delivered from below the floor, it rises and increases in temperature.

Equipment placed in the highest Us of a rack receives air which can be degrees warmer than its lower counterparts. The discrepancy between required and actual air temperatures can be detrimental to the performance, lifespan and reliability of the equipment.

In some cases, the distance of the CRAC to the equipment results in a delay in response to any increase in heat load. This delay, however slight, means that equipment will be exposed to higher temperatures. This can have similar effects as above, degrading the overall life or performance of the equipment, and reducing installation efficiency.

Clearly, most businesses can’t know for certain how fast their IT installations need to grow to keep pace with change. A large project, or influx of new staff, may mean new racks have to be installed, thus increasing the heat load. If a business hasn’t also budgeted for new cooling equipment, then problems may quickly arise.

A CRAC unit has a maximum cooling capacity. If that is exceeded, there are two options:

1.Remove the existing unit and replace with a larger and more expensive alternative.

2.Supplement the existing unit by buying another smaller CRAC to support it.

Both options have downsides. Replacing a unit that has, for example, only been in place for a short time is likely to be an unpopular – if not financially unviable - option.

Supplementing the unit with something smaller is possible, but as mentioned, CRACs take up significant space.

CRACs may be an option for some businesses, but for those wanting to take their install to the next level, there are other (better) alternatives…

These two solutions have a lot in common; what sets them apart is how they deliver the air to equipment.

In-Row requires your racks to have perforated doors and should be used in conjunction with Aisle Containment to prevent hot and cold mixing. Cold air is pushed directly out of the front of the cooler into the cold aisle and then passed across the IT equipment.

In-Rack, by contrast, requires the use of glazed doors and doesn’t require Aisle Containment. Instead it creates a “mini cold aisle” by supplying the cooled air sideways, directly in front of the equipment.

Using in-row to cool the aisle means that if one cooler was to break down, then the other, within what is a shared aisle, could increase output to support.

Meanwhile, for businesses with only limited space, or where the equipment is placed within the office, a glazed in-rack option is all-enclosed, quiet solution.

There is also no requirement for a raised floor, so general office space could be converted over just a few days.

If the heat load increases, they can have their output increased rapidly by inserting more fan units into the front of the cooler. Added to which, with cooling capacities of 53kW in a unit that occupies just 0.36m², it’s highly scalable.

Simply put, this means replacing the existing rear door of the rack and installing a replacement that houses a large Air to Water Heat Exchanger.

Ambient air in the room is drawn through the rack equipment using internal fans. Hot air is exhausted and passes over the rear door cooler. Chilled water running through the rear door removes heat from the air and it passes back into the room for reuse at the set temperature.

This solution is particularly suited to lower cooling requirements (<20kW per rack) and if you already have a chilled water supply on site that they can be connected to, this can be a serious contender.

If the business needs and set-up suit the following options, it may be worth investigating more “cutting edge” solutions

“On-Chip” directs cooling inside servers to small heat sinks which are attached to chips and other important hardware within.

This method has been around for some time, using air as the medium for removing heat; however, as processing power continues to climb, and miniaturisation is still the focus, the amount of heat generated is increasing. Liquid On-Chip increases the efficacy of this method and continues to push the limits of cooling within increasingly smaller footprints.

Full Immersion Cooling takes things to the next level. Instead of passing liquid by the heatsink to wick away excess heat, the whole server is placed into a reservoir of ‘thermally conductive dielectric coolant’ which comes into to contact with the equipment from all angles allowing maximum removal of waste heat.

It’s a method which is becoming increasingly popular with data centres focusing on “green” credentials and mindful of how they are utilising the waste heat.

Combining this with other methods of cooling is a big positive as Full Immersion can operate at higher water temperatures than other techniques. Even after all the cooling has been performed, users can use the gathered waste heat to warm offices, raising the efficiency levels up further!

The rise of Automation, Industry 4.0, IIoT etc. means that, whether a facility is focused on producing tins of baked beans or jet aircraft, the amount of data that can now be generated is exponential. My own experience in factories is that businesses are moving away from the traditional “White Space” and placing their IT equipment closer to its source, which means the demands placed on the cooling systems are also changing.

Robust design, improved IP ratings, and increased functionality into building management systems are part of the new reality. However, nothing will function if your computing equipment doesn’t run smoothly. That expensive new robot arm will become, instead, a very expensive sculpture…

The reality is that, despite the newer (potentially better) options, CRAC units will be around for some time. Legacy equipment will continue to be replaced and businesses will simply perform like-for-like swaps on their old raised floor installs.

However, I implore you to look beyond the familiar and embrace the new; you won’t regret it!