2017-08-25. Mississauga, ON - As the oil and gas industry is poised for recovery and price gains, one company has met the challenges of sustainability and growth head-on…. 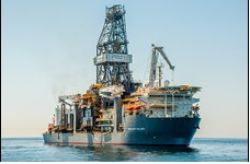 As the oil and gas industry is poised for recovery and price gains, companies are now being met with increasing demands for sustainability amid growing concerns for environmental responsibility. But this has also left companies are faced with seemingly incompatible demands: increasing sustainability while responding to cost pressures.

One company has met the challenges of sustainability and growth head-on. Aspin Kemp & Associates (AKA), headquartered in Montague, Prince Edward Island, is a manufacturer of engineering solutions, primarily for the marine and offshore oil and gas industries. In 2017, they entered into an industry-leading partnership with MAN Diesel & Turbo SE of Hamburg, Germany, a provider of large-bore diesel engines and turbomachinery for marine and stationary applications. Their combined, complementary forces have allowed them to offer turnkey integrated power, propulsion and automation to their customers.

Until the development of hybrid drill floor power systems on these vessels, diesel generators alone would experience large load fluctuations in decelerating and accelerating draw workloads. With this system, the diesel load profile is leveled, the number of required diesels is reduced, and the load profile of the diesels is much more efficient. During operation, even a momentary loss of all or a portion of the main AC power source represents a significant risk in critical process control, this hybrid system now allows for continuous process power even during an interruption in the AC Grid resulting in a significant reduction in the operational risk profile, environmental footprint and maintenance costs.

In order to create the hybrid drill floor, AKA faced extensive challenges. Its solution was to couple diesel generators with ultra-capacitors to resolve the problems in the power distribution network. Since the technology called for dozens of industrial enclosures, it approached Mississauga, ON-based Rittal Systems Ltd., a manufacturer of enclosures and racking systems, to help find the right customized solutions.

The hybrid power initiative addressed the performance fluctuations and power compensation issues by using an intermediate power storage system, the ultra-capacitor, capable of absorbing and delivering energy at a rate faster than the process could use or return energy. Also, it fully controlled the hazards of the E-stop, by allowing operation without the main generator connection. The diesel can be operated continuously at high output without compromising the performance or requiring a "spinning reserve" of power.

This hybrid initiative has adopted a creative approach to protect their power system. Since the application is unique in the maritime and offshore applications market, it has demanded enclosures for the power storage system that exceed traditional use standards. Rittal supplied a total of 114 TS 8 enclosures, including standard, modified and electromagnetically compatible models. These state-of-the-art enclosure systems improve reliability, save energy, reduce emissions, lower maintenance costs, enhance safety and support maritime regulations. Since on-site modification was impossible, and scrap recycling of any modifications was unacceptable, the Rittal enclosures arrived modified and ready-to-install, meeting all marine class regulations, including DNVGL and ABS.

Stringent green power and disposal issues also offered an additional hurdle for the company. The variation of gases in quantity, temperature and chemical content, such as those produced by diesel does not allow modern technology equipment to effectively capture or modify this output. Since Prince Edward Island levies steep recycling charges for the disposal of metal or other waste products, modifications on site would be very costly.

By providing installation-ready enclosures, which housed the ultra-capacitors and power for the generators, the hybrid drill floor has provided reserve capacity to supply power for transient loads that has exceeded the capacity of the diesel generators currently online. 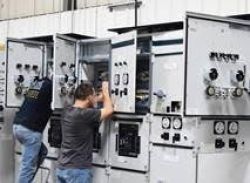 AKA's hybrid drill floor, the first of its kind operating on 5 Transocean ultra-deep water drill ships, was first successfully deployed in 2015, aboard the Deepwater Thalassa in the U.S. Gulf of Mexico, with the following 4 vessels delivered every 6 months and final delivery expected in Q4, 2017. This system has been able to respond to load demand changes safely and instantaneously, changing between charging and discharging states in milliseconds and quickly charge and discharge energy with minimal heat generation, and lower emissions.

As the hybrid power Initiative support both ongoing growth and sustainability, AKA continues to rely on the enclosure system for reliability, safety and more. AKA has catalogued a number of hybrid power system improvements as their fleet of enclosures has grown.

With fewer diesel generators in operation at any time, there is the obvious increased safety to life, environment and property due to ride through power capabilities. Less obvious is that with the system using significantly less fuel there is less fuel and other engine related fluid and material handling and therefore a reduction risk related in injuries and spills associated with this activity in a marine environment. 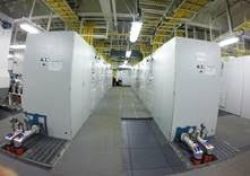 An additional benefit has become apparent since the implementation of Rittal enclosures as well. They found that if they created, for example, a drilling switchboard, they would need a flexible enclosure to fit into a size that their client would specify. Without control over the footprint, they have been able to adapt the enclosure to the space available. With the cabinets available in an EMC rating, they have complied exactly to the clients specifications.

The enclosure construction has been designed to reduce scaling and corrosion on wetted parts and has helped to retain heat transfer efficiency. Again, the solid construction has aided in lowering maintenance hours.

Eco-benefits rate high among ongoing initiatives for AKA. With the Rittal enclosures, the reduced fuel consumption has lowered both fuel consumption and emissions. With an effective combination of diesel and intermediate power storage, they have also been able to reduce the release of harmful gases into the atmosphere.

A common bus that allows some generators to remain in standby condition, rather than constant operation, has reduced hours of machine wear and fouling on each generator. The increased standby time has decreased individual part wear and tear, resulting in lower replacement costs, fewer maintenance hours and improved emissions.

In all their marine and off-shore drilling operations, AKAs systems are designed to increase reliability and safety while reducing the risk of negative environmental impact. Like Rittal, they strive for maximum efficiency not only from a cost-standpoint, but from the impact of the corporate footprint.

Jason Aspin, CEO of AKA, says, "We've had a good experience, a good relationship with Rittal. Since we're still using Rittal products and been using them for so long, it's kind of integrated into our manufacturing practices."

"The future for AKA in oil and gas trends towards greener technology and hybrid design, and that's what we offer," Aspin continues. "We consider ourselves to be on the cutting edge of advancement in technology and drilling." 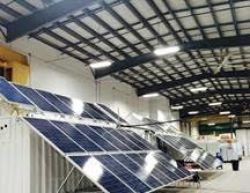 AKA is transferring their innovative technologies to land-based Smart Microgrid solutions. These may include any kind of microgrid, such as a smart grid for distribution, or a remote location or island power plant.

Tim Rourke, president of Rittal Systems, says, "Rittal is honored to be on the top of the specification list for AKA, following this successful TS 8 enclosure deployment. We are pleased to have been able to assist AKA to adhere to their stringent green initiatives, and to achieve a reduction in their carbon footprint." With each installation, AKA found that Rittals TS 8 enclosures maintained the performance qualities that they demanded. As AKA explores new installations, their plans include Rittal.

As the oil and gas industry as a whole looks to the future, new drilling and extraction technologies will most likely combine even more IoT innovations. Both sustainability and clean energy will remain a focus for AKA and Rittal. Corporate strategies will likely lead to continued cooperation in projects both on land and sea for these companies.