Mississauga, ON. Rittal Systems Ltd., Canada would like to announce that Tim Rourke will be resigning as President, and Andre Bousette will be stepping into this role, taking leadership of Rittal’s Canadian operations.

Looking back at Tim Rourke’s 25 years with Rittal Tim Rourke completed 25 years of exceptional service to Rittal Systems Ltd. in 2020. In 1995, Tim joined Rittal as an Outside Sales Representative in Eastern and Northern Ontario. In 1997, he was promoted to Regional Sales Manager for Ontario. Tim’s clear vision of success combined with his acute sense of customer service catapulted Rittal’s sales, brand awareness and customer loyalty in Canada. Tim then moved on to Regional Sales Manager for Western Canada. In 2002, Tim moved into a Business Development role, helping Rittal grow through a targeted approach to markets and industries. In 2010, Tim became the Business Operation Manager, guiding Rittal through a series of complex projects. In 2015, Tim took over as President of Rittal Systems Ltd., and continued to raise Rittal’s profile in the industry, as a Great Place to Work, recipient of Electro-Federation Canada’s Marketing Excellence Awards, and Affiliated Distributor Supplier of the Year Award. In recent years, Tim has been a founding member of the German Technology Day events and has initiated the ‘Women in Tech’ EFC scholarship. Under Tim’s leadership, Rittal has also given back to the community through many great social committee initiatives. Tim has been an integral part of the heritage of Rittal’s growth and customer excellence, as we complete 25 glorious years in Canada in 2020.

Moving forward with André Bousette, 25 years and beyond! 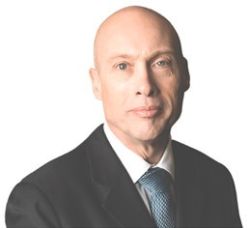 André Bousette has been with Rittal Systems Ltd., Canada for 25 years. André joined Rittal in 1990 as an Outside Sales Representative in Montreal and surrounding area. In 1997, André became the Regional Sales Manager for Quebec. Building the team and developing long term and loyal customers are some of his many strengths. Rittal’s strong market position in Eastern Canada is a tribute to his vision, leadership, dedication and hard work. As National Sales Manager from 2004 to 2008, André was key in the development of many of Rittal’s largest and most important channel partners. In his most recent position as Regional Sales Director for Eastern Canada, he has achieved record sales growth while lending his considerable knowledge and expertise to the functional areas of TSG and Modification as well as Product management for Rittal’s industrial solutions; in particular power distribution and climate control. André has over 30 years’ of experience in the Manufacturing and Automation fields. He holds a Bachelor of Commerce Degree from Concordia University and post-grad qualifications from McGill University.

Tim Rourke said, “I am proud to have worked with André for nearly 30 years. I extend my personal, heartfelt congratulations and deepest appreciation to André, and I am confident that Rittal Systems Ltd. will grow to new heights under the capable leadership of André Bousette.”

Rittal Systems Ltd., headquartered in Mississauga, Ontario, is the Canadian Subsidiary of Rittal GmbH & Co. KG, with headquarters in Herborn, Germany, and is one of the world's leading system suppliers for enclosures, power distribution, climate control, IT infrastructure and software & services. Customers from all sectors of industry, from mechanical and plant engineering, as well as from the IT and telecoms market are making use of system solutions from Rittal. Founded in 1961, Rittal is now active worldwide with 8 production sites, 58 subsidiaries and 40 agencies. With 10,000 employees worldwide, Rittal is the largest company of the proprietor-run Friedhelm Loh Group of Haiger, Germany. www.rittal.ca.
Join in the conversation: Follow Rittal Systems Ltd. on LinkedIn or Twitter @RittalCA